Couldnt have come at a worse time.

Earlier on today I saw ( via the miracles of social networking) that there had been an explosion in the aptly named D'Jmma El Fna (square of the dead) in Marrakesh.

Cafe Argana, where I, amongst many other visitors have once sat and enjoyed the views of the city has been blown apart, the instant reports were that gas cannisters had exploded in the unfortunate accident and there were no fatalities.

As the hours passed the death toll slowly climbed, I think now settling at at least 14 deaths and around 20 serious injuries. The Moroccan authorities have officially declared that it was indeed the job of a bomber.

After the recent unrest in North Africa, I assume that Morocco's tourist industry has already suffered, or at least put under enormous pressure. Now the country going into terrorist threat mode is going to far worsen things.
Certain newspapers aren't helping, exaggerating the facts saying the country has been going through violent crazy protests for the last few months (totally untrue) and claiming the many deaths the protests have caused ( I think there was one day on which certain towns broke out into trouble)

I can't speculate about who is to blame for the bombing, but perhaps as in the past, is an anti Western-andsomehowthatmeans-Zionist protest. 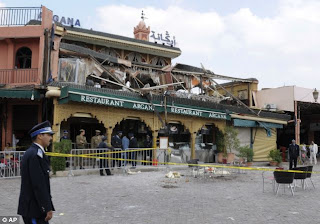 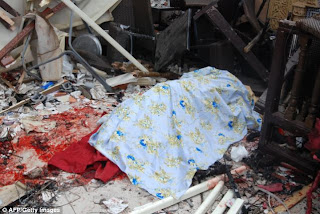 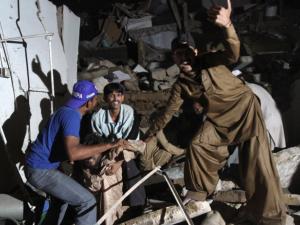 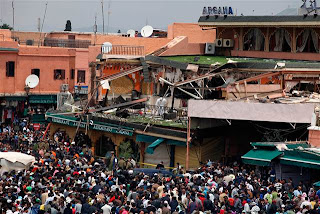 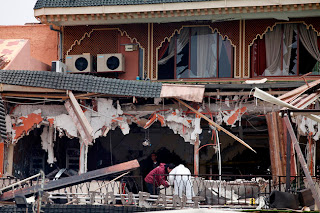 If you have booked a trip to Morocco or were thinking of doing so, please don't let the media hype and fear put you off, it's a beautiful country with so much to offer. I hope this was not done by an Islamist group.....

Lets just pray for the survivors and everyones families

Images taken from: dailymail , homepuzz , the star,
Posted by Amaziah Jewellery at 18:41