Ok, so I should start with WHY I'm in Morocco.


I was going to explain it in a video but it's actually easier to write it.


So I started Amaziah Jewellery - which sells fair wage jewellery from over Africa, and with some of the most beautiful and traditional jewellery around, where better to go?


Morocco is in the north of Africa, and although it has a high Arab (well, now mixed) population, the original inhabitants of the north are Berbers. There are many different tribes of Berbers, Tuaregs and nomads that all originated from the same clans.

In Agadir, where I am at the moment, it is the southern part of Morocco and called the Souss region, the people here are called Soussi.

Jewellery has always been very important to Berber and Tuaregs, and for more than simple cosmetic reasons.


First of all, a man or woman is identified by the jewellery they wear, both representing the tribe or clan they come from, and signifying the wealth they possess.

A woman will receive jewellery from her mother until she marries. For her marriage, her future husband will commission his mother or sister to provide jewellery for her and these will be kept  by her as dowry and added to throughout her life. 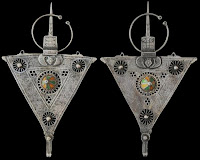 These big brooches, called fibulas, are worn by women to signify their status. For a single woman one brooch is worn to show she is unmarried, whilst a married woman will wear a brooch on either side of her chest.
The size of the fibula will represent her wealth, and also serves a functional purpose of keeping clothing in place.
Berber jewellery, as well as being made from beautiful stones and beads, will always be silver, as gold is considered evil. Necklaces are important, the traditional assemblage in the southern oasis valleys features talismans of silver, pink coral, amazonite, amber, Czech glass and West African ebony beads.
A woman will also wear bracelets, fibulas anklets, earrings and headdresses. Some pieces will be worn every day, others – the finest – will be saved for occasions such as festivals, pilgrimages and funerals
Necklaces contain charms bought from magicians or holy men. They provide protection from the evil eye, will ward of disease and accidents and help to ease childbirth. Silver is believed to cure rheumatism; amber (a) is worn as a symbol of wealth and to protect against sorcery; amazonite (b) and carnelian (c) stones are used for divining fortunes and shells(d) , traded from East Africa, symbolise fertility, coral also symbolises fertility and is thought to have curative powers (e)
A 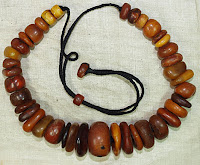 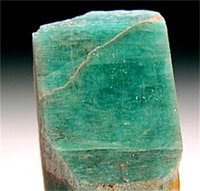 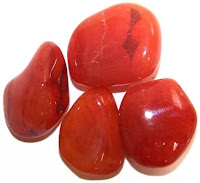 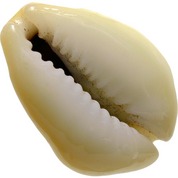 Talismans feature stylized motifs of animals, sun, moon and stars, all of which are believed to have supernatural powers.
The most common protective jewellery worn in Morocco today is the Khamsa (Arabic) or Hamsa (Hebrew)

The meaning of the name is five or five fingers, it is used by Berber, Jewish and Muslim communities in Morocco and some other parts of the world.


Some Khamsa's can be seen with the evil eye in the centre in order to ward off bad/evil eyes.


Going to Morocco and seeing the jealousy & sometimes witchcraft that goes along with it, it is easy to see why people adorn themselves with protective jewellery to ward off evil eyes.


Tuareg jewellery is practically the same as Berber jewellery, as they all originated from the same nomad people. Tuareg means "those with turbans", and are now often mostly found in the most southern parts of Morocco, Sahara, Mali, Niger & Mauritania. 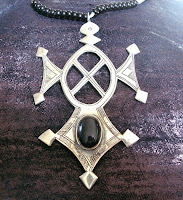 Whereas traditionally Berber woman wear jewellery, it is the Tuareg men who traditionally wear symbolic jewellery. The most well known Tuareg cross represents the different clans/tribes that its members come from. The Southern Cross from Agades or Iferwan was originally worn only by men who transferred it from father to son at puberty. It hints to the virility and strength of the young men in relation to their traditional nomad lifestyle. The cross represents saddle pommel of their camels or in a wider view, the four cardinal directions.

Traditionally a father would transmit the cross to his son saying "Son, I give you the four directions, as no one knows where your path will end."

Tuaregs also use compasses to find their way in the desert which are hung on pendants and aligned with the stars.
Stay tuned for the opening of AMAZIAH JEWELLERY ONLINE where I have traditional and vintage Berber & Tuareg jewellery for sale! 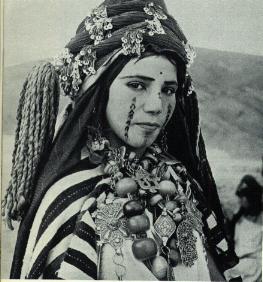 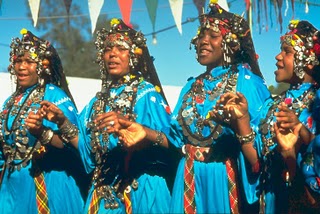 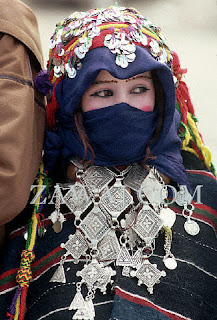 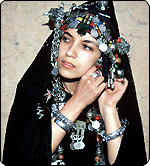 Posted by Amaziah Jewellery at 16:25